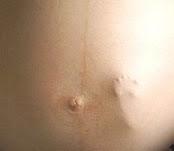 There are words that touch us; abortion is certainly one of them. According to Diccionario de la Lengua Española (Official Dictionary of Spain), abortion is the interruption of pregnancy due to spontaneous or induced causes. The first ones are part of the natural dynamics of the human being and there is little we can do to prevent them. The second ones cause mixed reactions and no one can be indifferent to this. Even for the same concept we look for words that reduce the actual or emotional burden that this word causes, I mean the determination to use the term «voluntary interruption of pregnancy.»

The core of the matter starts from a reality that today and from the scientific viewpoint nobody can dispute: the existence of human life from the moment of conception. It is true that this life is dependent on the mother, but no more dependent than is the newborn child from the care of his mother. A new life starts when the sperm and egg join together. It only needs time to become a child, adult or old person but already has all the genetic and biochemical systems to reach its full development. The passage of time makes the rest.

Now came into force the new law on Sexual and Reproductive Health and the voluntary interruption of pregnancy in Spain. This enshrines the woman’s right to abort until 14th week of gestation without more requirements or conditions. It is the free abortion up to the 14th week of gestation and the creation of an area of absolute impunity and autonomy for woman where is allowed to damage the main well of a person (life) in a violent and unpunished way.

The act also allows that girls aged 16 can abort with or without knowledge, if it causes to the minor a serious conflict-of one of her legal representatives.

We can make quite a lot of reflections about this law; now I will mention just a few:

The first one would be conceptual and linked to the fact that the World Health Organization uses the term abortion and specifies its different types and classes. It would seem reasonable to adopt its terminology; I mean abortion instead of the term «voluntary interruption of pregnancy.»

The second one would be linked to the positive fact of the respect and protection that society and us give to the life and physical integrity of people: we are firm champions of torture abolition and death penalty, we do not understand how slavery could exist, we are terrified when remember the examples of mass genocide of races and sick people that Nazism practiced, etc. If these achievements fill us with satisfaction why society does not care and defends in the same way the human life of the unborn? Do people who defend the respect for life only in some cases and not in others have a coherent thought?

Finally, the last thought is related to the shocking fact that a girl aged 16 and 17 can not vote in elections or drink alcohol in a bar, however she can, practically without the help and advice from anyone, abort. It is understood that in case of pregnancy she face an unforeseen and undesired situation and with a wide and important future impact that takes her to abort as another contraception method. It would seem reasonable that girl aged 16-17 is not deprived of the advice, support and help from parents.

They say that laws should be made to safeguard the common good, to make more just our society, to promote coexistence, to protect the rights of people but especially the weakest. Are you sure that this law protects the weakest? Does it make society more just and promotes the coexistence of all the Spanish?