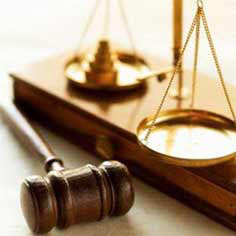 I think there are several problems as serious as the economic problems and the left gives them great importance.

I mean the invention that some followers of Marxism have made when sawthe failure of the class struggle. Now they try to turn it into what we call «gender struggle.»

According to this ideology, masculinity and femininity would not be determined by the natural biology, but by the culture, because the term «sex» refers to the nature and involves two possibilities: male or female. Conversely, the term «gender» comes from the grammar field where we can appreciate three variations: masculine, feminine and neutral. According to this, there could be up to six different genders according to the interests of each one.

This approach directly attacks the family that would be no more than a nuisance and the maternity a deception. In 1973 a lady knew how to combine the radical feminism with the Marxism and affirmed in one of her books: «The collapse of the Communist Revolution in Russia was due to the failure of destroy the family.«

Currently and especially in Spain, some people are determined to correct that past «mistake» and have begun to eliminate the popular family book. In addition, the gender ideology is bearer of a strong relativism since they think that the truth does not exist, but is invented by each one. In this way, they are trying to destroy «The Truth» in order to create «their truth.» That means that in the world would have more than six billion of truths, as many as men in the earth.

These ideas are unsustainable from the philosophical viewpoint as well as from the scientist because, they like it or not, human beings are divided into men and women. This is not debatable because chromosomes betray us and determine the sex before birth. They can not be changed as we want.

I keep wondering: What will the right do with those theories? Will it be able to repeal the laws that promote them? If it does not happen, it is most likely that it has not been aware of the consequences of these invented ideologies and the left will inevitably try to introduce them slowly but surely.